It’s no secret that we’re big fans of Android here at AC, but how is the operating system seen by other companies around the world? According to a new report from The New York Times, it’s the OS that Facebook executives are encouraged to use. 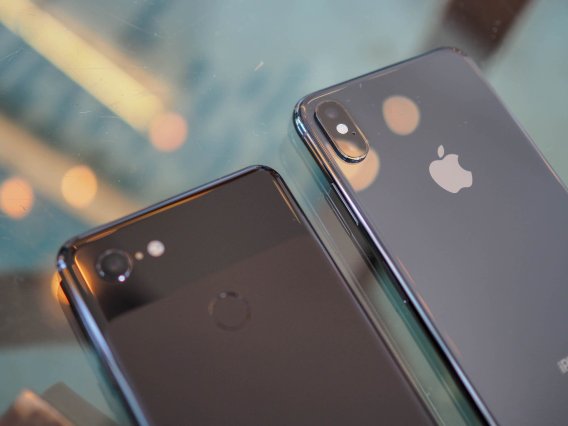 Following the mess of Cambridge Analytica earlier in the year, Apple CEO Tim Cook responded in an interview with MSNBC saying, “We’re not going to traffic in your personal life,” and that, “Privacy to us is a human right. It’s a civil liberty.”

According to the New York Times, that didn’t strike Zukerberg’s fancy in the slightest:

Mr. Cook’s criticisms infuriated Mr. Zuckerberg, who later ordered his management team to use only Android phones — arguing that the operating system had far more users than Apple’s.

It’s not 100% clear if that comment is solely what prompted Zuckerberg to go forward with his Android-only initiative, but a representative from Facebook later responded with:

We’ve long encouraged our employees and executives to use Android because it is the most popular operating system in the world.

So, are Facebook execs really using Android instead of iPhones? The Verge took a look at Tweets from multiple executives and found the following:

… including blockchain lead David Marcus and VP of AR and VR Andrew “Boz” Bosworth, all of whom are still shown to be using iPhones, so it’s possible Zuckerberg’s order wasn’t fully enforced or that these people all use iPhones in their personal lives.

Even if Android isn’t what Facebook’s team is using 24/7, it’s still encouraging to hear that the platform is at least pushed for work purposes. Android app development often tends to take a backseat to its iOS counterparts, and a move like this seems to be a good way to ensure that doesn’t happen.

View all posts by Olisa TV →

THE TRUTH WITH OLISA